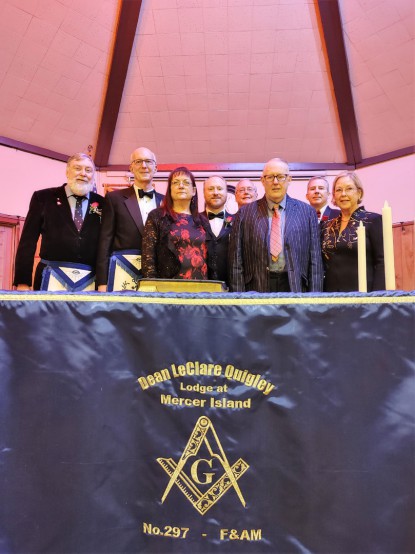 December 2021 Mercer Island Lodge became Dean LeClare Quigley lodge of Mercer Island #297 in honor of our oldest and longest member Dean Quigley who passed to the celestial lodge in February of 2021.  Dean became a mason in 1948 in a lodge in Endeavor Lodge #262 in Nebraska, and joined Mercer Island Lodge #27 in 1955.  In his later years Dean was an intergal part of the lodge acting as mentor and friend to all who were there.  The Grand lodge of Washington sent a team to do the constitution which consited of the Most Worshipful Grand Master Cameron Bailey and his team. The ceramony was the final step in the offical name change of the lodge, we were fortunate to have 3 of Deans children in attendance.

The Grand Master and his team perform the Constitution 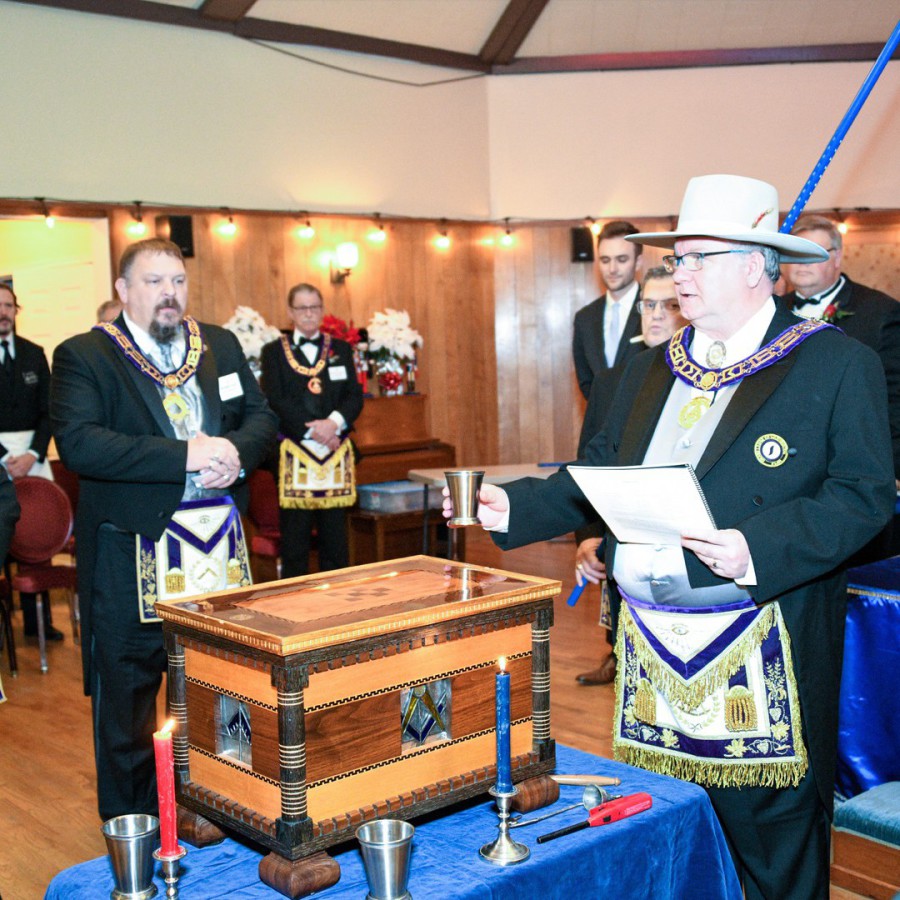 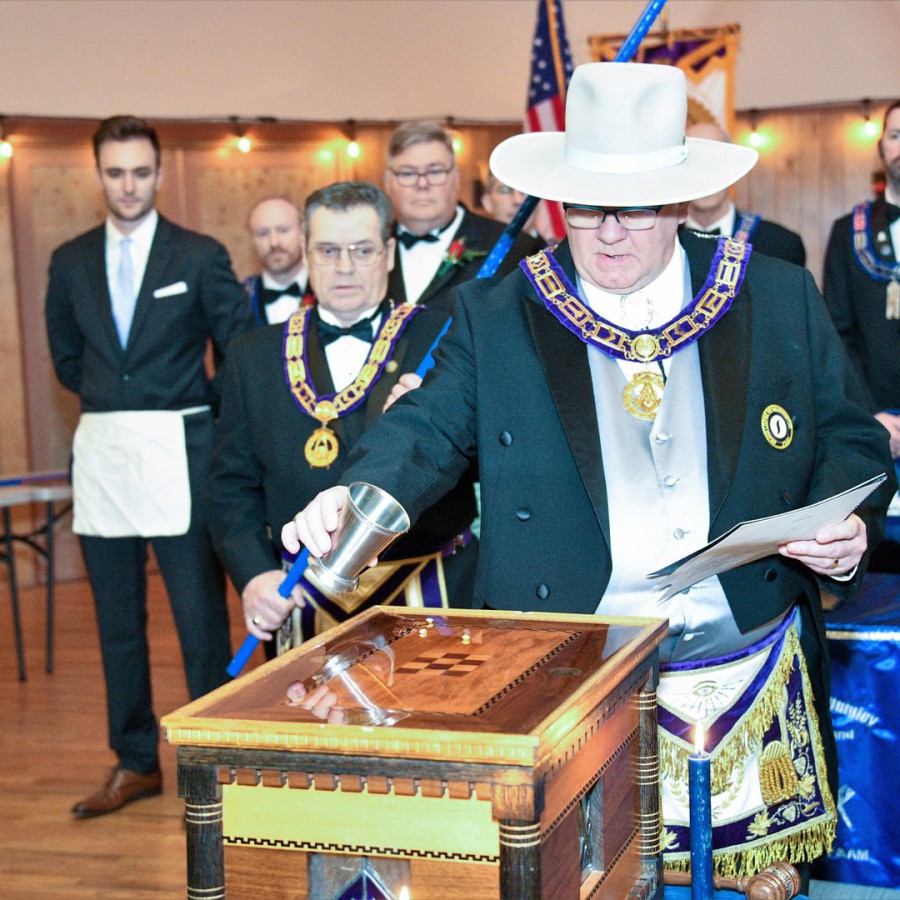 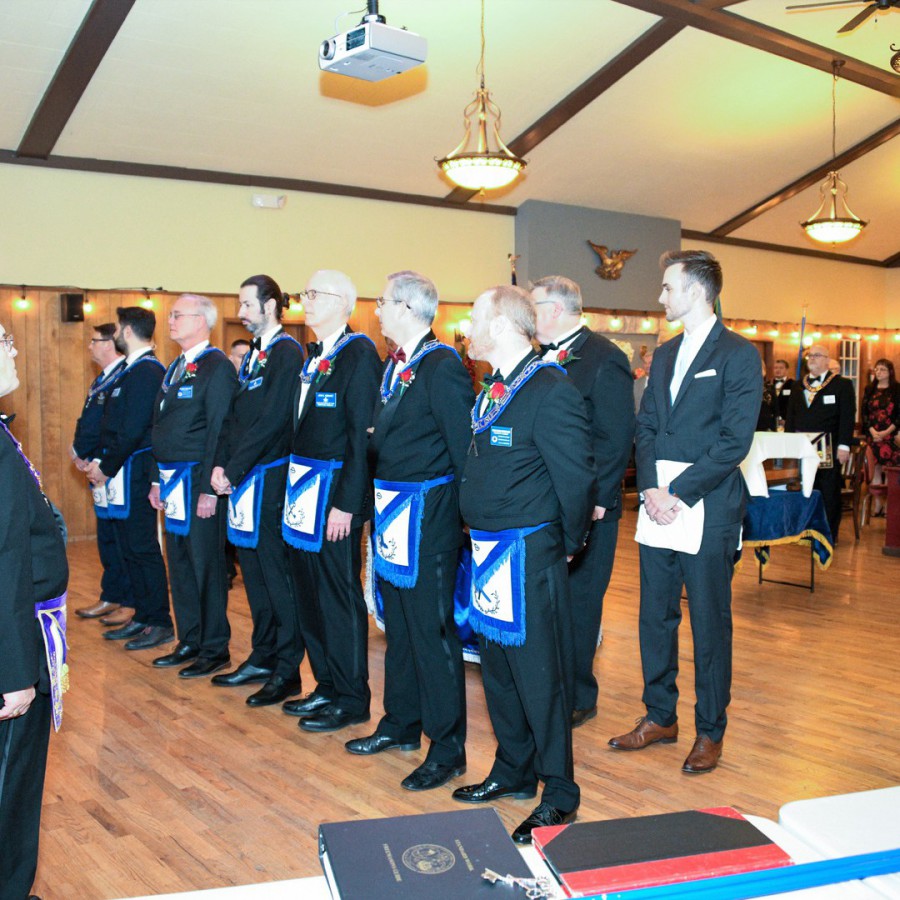 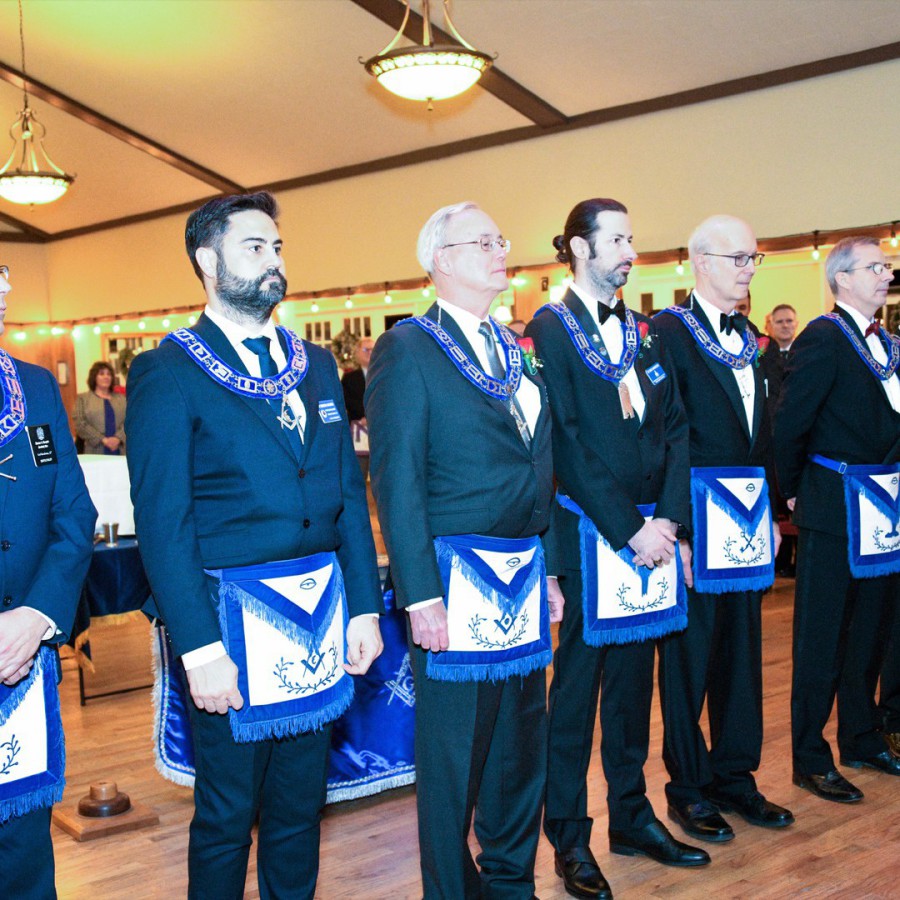 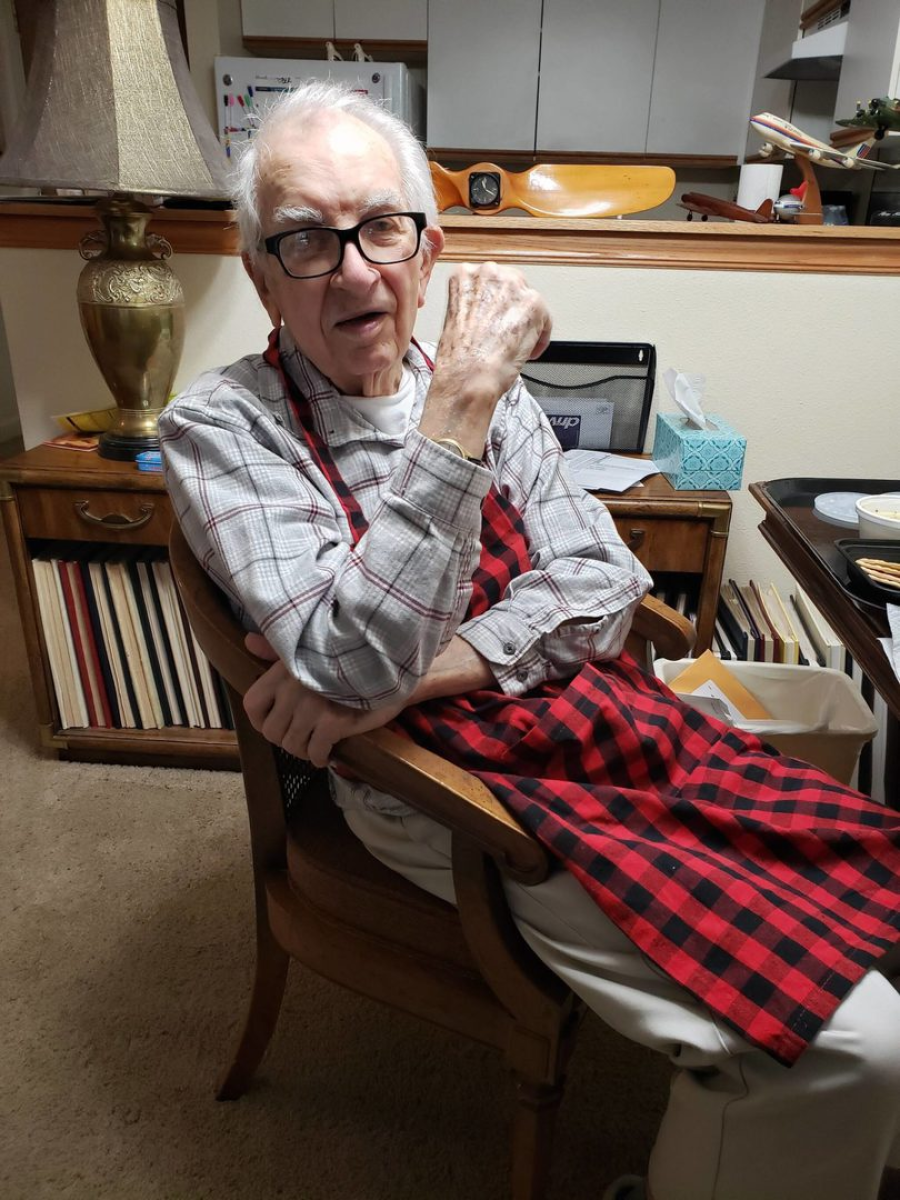 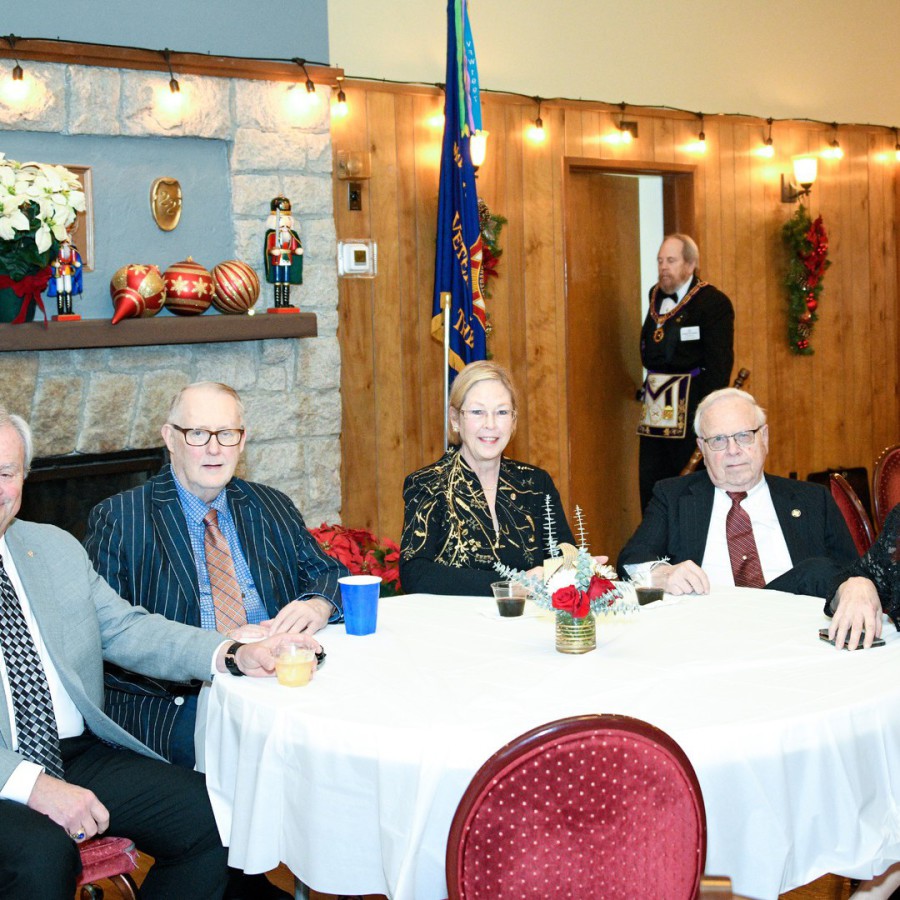