How do you join the Masons?  Surprise! You dont get asked, you yourself ask.  Freemasons do not directly ask men to join. Long tradition has established that an interested man asks a Mason to become a Mason. This practice continues to this day, but with much less rigidity and secrecy than when our Grandfathers were Masons.

Fifty years ago pamphlets about Masonry and the idea of a public websites like this would have been virtually unthinkable and explanations like this were rare and generally very frowned upon.

In the 21st Century Masons can and do discuss their Masonic activities with other men, indirectly urge them to become members but of course they still keep secret a few things pertaining to the degree work itself.  It is an open Masonic secret that a good Mason is active in his community, his church, his labor union, his business organizations; he supports the government and actively contributes to many other organizations.

Masons take pride in acknowledging our extensive Masonic charities whether it is the thousands of scholarship and educational programs sponsored by Grand Lodges and local Blue Lodges, community support programs like the Mercer Island #297 Scholarship program or supporting the Mercer Island Summer Celebration events.

All members of the Masonic fraternity are just as proud of the of concordant bodies charities like Shrine Childrens Hospitals and Burn Clinics, Royal Arch Heart programs, Scottish Rite Speech and Hearing Clinics. When you add to these, the charities and programs sponsored by Masonic related womens organizations, it is conservatively estimated that Masonic Charity in the United States is in excess of three million dollars a day.

Any man seeking to join Masonry will become a part of this charity network helping people everywhere, fulfilling the Masonic lesson of Faith, Hope and Charity. 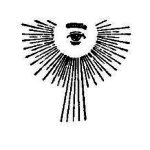 Freemasonry (often simplified to “Masonry”) is the world's first and largest fraternity, based on the belief that each man can make a difference in the world. Freemasonry enhances and strengthens the character of the individual man by providing opportunities for fellowship, charity, education, and leadership. There are about 5 million Masons worldwide, including almost 2 million in the U.S..

Why are Masons called Masons?

The fraternity gets its name from the stonemasons in the Middle Ages who built castles and cathedrals in England and Scotland. Because of the inherent danger of their work, many stonemasons formed local organizations, called lodges, to take care of sick and injured members, as well as the families of those who were killed on the job. The masons also used the lodges as places to meet, receive their pay, plan their work, train new apprentices, and socialize. Today, Freemasonry provides fellowship, community, and shared values to members and their families. The fraternity teaches a continuing pursuit of knowledge, ethics, and leadership skills using metaphors from geometry and the architecture of stonemasonry.

Is Freemasonry a secret society?

No. Masonic membership certainly is not a secret, as we wear rings, lapel pins, and tie clasps with Masonic emblems like the square and compass. Masonic buildings are clearly marked and are usually listed in the phone book, and lodge activities are often listed in local newspapers. Of course, like most fraternities, Freemasonry does have unique handshakes, passwords, and ceremonies that are for members only.

Why are some Masonic buildings called temples?

We sometimes call a building a “temple” in the same sense that Justice Oliver Wendell Holmes called the Supreme Court a "Temple of Justice." Most California lodges now refer to their buildings as Masonic centers.

Is Freemasonry an international order?

Only in the sense that Freemasonry exists throughout the world. Each grand lodge – there is one in every U.S. state and in virtually every country – is sovereign and independent. While all the lodges follow the same principles of Freemasonry, they may have different activities. There is no international governing body for Freemasonry.

Why does Masonry use symbols?

Symbols allow people to communicate quickly. When you see a red light or a circle with a line through it, you know what it means. Likewise, Masons use certain symbols, mostly selected from the art of architecture, to represent certain ethics and principles of the organization. The square and compass is the most widely known symbol of Masonry: When you see the symbol on a building, you know that Masons meet there.

Why do Masons wear aprons?

Masons sometimes wear aprons as a symbol of the leather aprons that stonemasons wore centuries ago to carry their tools. Today Masons wear aprons at certain events to demonstrate their pride in the fraternity.

What is Masonry’s role in politics?

Masonry does not endorse political candidates or legislation, and the discussion of politics at Masonic meetings is not allowed.

Is Freemasonry the same thing as the Shrine or Scottish Rite?

A man first becomes a Mason at his local lodge. After he has been awarded the three degrees of Masonry, he may join any of the other allied Masonic organizations, each of which has a special social, educational, or philanthropic focus. The best known in the United States are the Shrine, Scottish Rite, and York Rite.

Were all of the early American presidents Masons?

Many – but not all – presidents throughout history were Masons. Many of the early leaders of the Revolution, including Benjamin Franklin, John Hancock and Paul Revere, were also Masons.

Is the eye-in-the-pyramid symbol a Masonic emblem?

The eye in the pyramid – found on the Great Seal of the United States and on the back of the U.S. dollar bill – is not a Masonic symbol. The committee that designed the Great Seal in 1776 included only one Mason, Benjamin Franklin, and his design suggestions were not related to Masonry.

Is there a worldwide governing body in charge of all Masons?

No. Freemasonry is a universal brotherhood in that Masons share the same ideals, but there is no universal governing body for Freemasonry. In the United States, each state has a grand lodge that oversees all the Masonic lodges in the state. There is no higher authority than the grand lodge of a state and there is no national headquarters. Outside the United States, there are one or more grand lodges in virtually every country, which operate as independent and sovereign organizations. While all lodges follow the same principles of Freemasonry, there is no international governing body.

Many Masons have been involved in political and financial organizations, but that involvement doesn’t mean Masons are controlling them. The truth is that Masonry is not about power; it’s about the belief that each man can make a difference in the world. Throughout history, Freemasons have upheld the tenets of brotherly love, relief, and truth to make important contributions to society – whether in government, business, education, philanthropy, or simple goodwill.

What are the requirements to become a Mason?

Membership is open to men age 18 or older who are of strong character and believe in a Supreme Being. Men of all ethnic and religious backgrounds are welcome.

What’s the process for becoming a member?

Masonry does not solicit members; men must seek membership on their own. Any man who is interested in joining must first contact a Mason or a local lodge. He is then introduced to other Masons who can recommend him for membership and provide an application. Once he applies, a committee of lodge members meets with him to discuss the application and answer his questions. The committee then presents the application to lodge members, who vote on his membership.

Why can’t women be Masons?

Degrees are levels of membership, each of which is conferred in a ceremony at the lodge. There are three degrees: Entered Apprentice, Fellow Craft, and Master Mason. The titles come from the Middle Ages. When a person wanted to join a craft such as carpentry or stonemasonry, he was first apprenticed. As an apprentice, then, he learned the tools of the trade and upon proving his skills, he became a “Fellow of the Craft.” When he attained exceptional ability, he was known as a “Master of the Craft.”

What are the benefits of being a Mason?

The fellowship, values, and truths that are part of the Masonic tradition have proved to inspire, challenge, and develop leadership in men. Benjamin Franklin described the fraternity as a place to “prepare himself.”

What do Masons do?

Charity is at the heart of most Masonic activities. Each year, Washington State Masons donate millions of dollars and thousands of hours to both small and large philanthropic causes. Masons were instrumental in establishing the public education system in the United States and also have an ongoing commitment to public schools.

Check out our Events page to find out what events we will be organizing in the near future.